Don talks about the range of the stock, and where the stock may go, that likely the downtrend could continue and caution should be exercised. 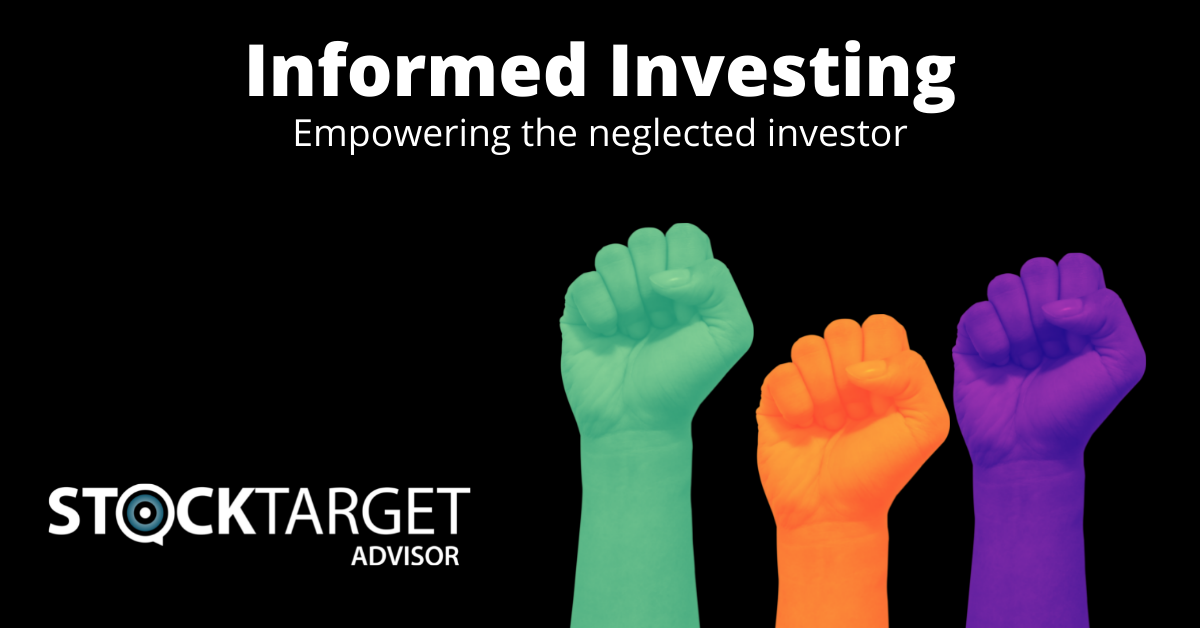 CEO of STA Research-Don Lawrence (Financial Analyst and veteran trader) talks about Snap earnings, and the main reason investors hammered the stock in after hours trading. Don talks about the range of the stock, and where the stock may go, that likely the downtrend could continue and caution should be exercised.

At the conclusion of the most recent quarter, Snap was valued $343,000 to Park Avenue Securities LLC.

Snap stock forecast from 35 analysts, has the average analyst target price for Snap at $12.59 over the next 12-month period. The stock’s average analyst rating is a Hold. Stock Target Advisor’s analysis of Snap is Slightly Bearish, which is calculated on 4 positive signals and 5 negative signals for the stock. The last closing of Snap stock price was  $10.86, and the stock price has changed by +3.33% over the past week, -4.32% over the month and almost -86% over this past year.

The 12-month Crowd target is $27.97 per share, with an average consensus Crowd rating of a Hold.

CFRA Research Senior Equity Analyst Angelo Zino voiced his concern over the stock’s collapse and believes that the earnings disappointment was really caused by the average revenue per user drop.

Earlier today, Jefferies and Company cut the 12 month target forecast on the stock to $17 per share from $25, with a previous Buy rating.

In North America, Europe, and other parts of the world, Snap Inc. works as a camera firm. The business provides Snapchat, a camera app with a variety of features like Camera, Communication, Snap Map, Stories, and Spotlight that allow users to visually interact through brief films and photographs. Additionally, it offers Spectacles, eyewear that connects to Snapchat and takes pictures and videos from the perspective of people, as well as advertising goods including AR advertisements and Snap ads, which include single image or video ads, story ads, collection ads, dynamic ads, and commercials. In September 2016, the business changed its name from Snapchat, Inc. to Snap Inc. Santa Monica, California serves as the home base for Snap Inc., which was established in 2010.

After the social media company revealed weaker-than-expected third-quarter sales, Snap shares fell more than 25% in extended trading on Thursday. It’s Wall Street’s first glimpse at the status of the troubled online advertising sector which is hammering companies that rely on this stream as their main source of revenue like social media companies.

The estimated earnings for the quarter were a slight loss  for the company’s adjusted earnings per share of 8 cents.  Revenue estimates were for $1.13 billion compared to the $1.14 billion predicted. The company’s userbase is estimated at 363 million global daily active users, against the forecast of 358.2 million users.

The company’s third-quarter revenue increased by 6% over the same period last year, marking the first time it has fallen below 10% since Snap went public in 2017. Snap’s net loss increased 400% to $360 million yet it nevertheless posted a surprise adjusted profit, in part because of a $155 million restructuring charge.  However, Daily active users climbed by 19% year over year, demonstrating the company’s ability to draw customers despite difficulties in the business, however on the down side tthe average revenue per user (ARPU) fell 11% which is seen as the main catalyst for the stocks after hours sell off.

In August, the company revealed that as part of a significant reorganization plan, 20% of the company’s approximately 6,000 employees would be let go. The majority of the restructuring charge during that time period was made up of severance and associated expenditures.  The company identified a variety of issues, including platform policy changes, macroeconomic headwinds, and increased competition, that were contributing to the revenue growth slowdown in the third quarter, “We are finding that our advertising partners are cutting their marketing budgets across a wide range of industries, particularly in the face of challenging operating conditions, inflation-driven cost pressures, and rising capital costs.”

Management also reiterated that it would not provide guidance for the fourth quarter, the second time in a row that it has made this decision.

A lot of the company’s issues relate to Snap’s ability to track customers across the web, which is still restricted by the 2021 privacy update to iOS, which hurts its online advertising business, and other social media platforms.

Advertisers have also stopped or reduced the amount they are spending on their ads as a result of the economic slowdown and possible recession which is heavily hitting the industry, and bears the af0rementioned brunt of the stock’s current demise.

The company has a high volatility metric compared to it’s sector and it’s total returns have been unstable for the past 5 years. Snap is trading overpriced in comparison to the book value, and is also trading elevated against its valuation on a cashflow basis including negative free cash flow.  Finally the stock is highly leveraged and saddled with debt compared to the industry standard.

Loop Capital maintains the Buy rating, targets down from $26 to $19 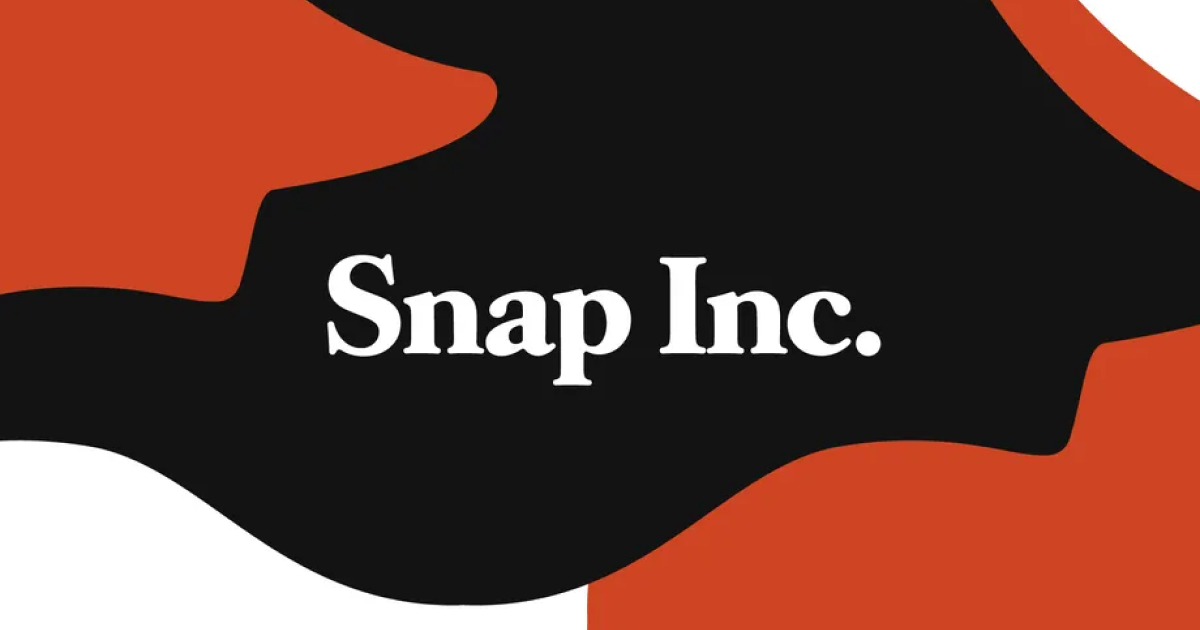 Snap Inc. operates as a camera company in North America, Europe, and internationally. The company offers Snapchat, a camera application with various functionalities, such as Camera, Communication, Snap Map, Stories, and Spotlight that enable people to communicate visually through short videos and images. It also provides Spectacles, an eyewear product that connects with Snapchat and captures photos and video from a human perspective; and advertising products, including AR ads and Snap ads comprises a single image or video ads, story ads, collection ads, dynamic ads, and commercials. The company was formerly known as Snapchat, Inc. and changed its name to Snap Inc. in September 2016. Snap Inc. was founded in 2010 and is headquartered in Santa Monica, California

Snap is apparently planning to let go of twenty percent(20%) of the company’s workforce of more  than 6,400 employees.

The social messaging  giant’s cuts are set to take effect on  Wednesday,

Snap had 6,446 full-time employees at the end of June, which was up 38% year over year. In addition to the layoffs, the advertising department  will be restructured, but the layoffs will be mostly concentrated in the Teams department.

The company recently reported a poor second quarter earnings report, which is likely the catalyst behind the layoffs, as a result of the company’s $422 million loss which lagged analyst estimates.  The company stated that the current environment it was operating was very uncertain, and as a result, they were modest on estimates for the current quarter. The company stated of their revenue concerns, “demand growth on our advertising platform has slowed significantly”.

This stock has performed well, on a risk adjusted basis, compared to its sector peers(for a hold period of at least 12 months) and is in the top quartile.

The company had negative total free cash flow in the most recent four quarters for the current snap stock price. 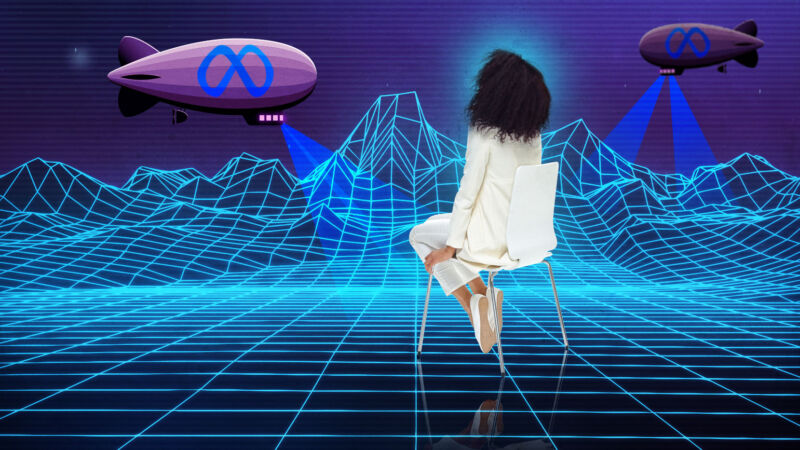 Six companies for your portfolio for exposure to the Metaverse.

Several companies are waiting for the Metaverse ecosystem to become a reality. The question is, how will this affect human society at large?

What is the Metaverse?

Metaverse is an online augmented reality. It will be virtual with 3D avatars, something like Sims, Roblox and other such games. It will be a new virtual world. This will change the social fabric and human-to-human interactions.

Jefferies analyst, Simon Powell, has stated his displeasure with Metaverse. He calls it a “severe disruption to society”. Once the Metaverse platform gets constructed and adopted over the next decade or so.
He argues that normal human life is already disrupted by technological advancements. The pandemic added to that disruption changing and morphing people’s lifestyles.
In his own words from his research note:
“The pandemic accelerated the adoption of various technologies. Many people get forced to spend even more of their lives online. From socializing to working, from education to entertainment. This shift to an online world will continue to speed up. More people adopt and accept this aspect of their lives.”

We can see the effects of major technological advancements over the last few years. From the impact of mobile phones. How mobiles changed the social structures and fabric of society. As well as the manner in which we interact with others. Vipp Jaswal, CEO of Interpersonal Intelligence Advisory:
“We use our phones more times than we speak to our spouse,”
“The metaverse will usher in a new kind of technology. One that will become necessary to operate and function in society. We will “date, work, live, buy and sell things, and play virtually.” Said Rosenburg a veteran of AR development and the CEO of UnanimousAI.

The talk of the metaverse came into the limelight due to Facebook’s renaming event. Facebook got rebranded to Meta Platforms. This showed support for the digital augmented reality system by Mark Zuckerberg.
Microsoft has taken part in the hype around Metaverse adoption. They have aligned all future goals with this ecosystem. They are working on ways that metaverse can get used in their existing product lines.

According to analysts, the gaming sector and social media companies will get benefit. Some of these companies are:
1. Roblox (RBLX) is the closest to what the metaverse would look like. Experts call it an early-stage metaverse.
2. Meta/SNAP are social media platforms. They are working on getting hardware access for the metaverse.
3. TakeTwo (TTWO) has three games which get considered to be early-stage metaverse.
4. Electronic Arts (EA) are the most prominent gaming company. They have so many games ready for the metaverse. Sims, Skate, and SimCity are to name a few.
5. Activision Blizzard (ATVI) has two games. World of Warcraft and Call of Duty make them the early innovators of the metaverse.
6. Warner Music (WMG) has several games. They would get considered as part of this augmented reality system.