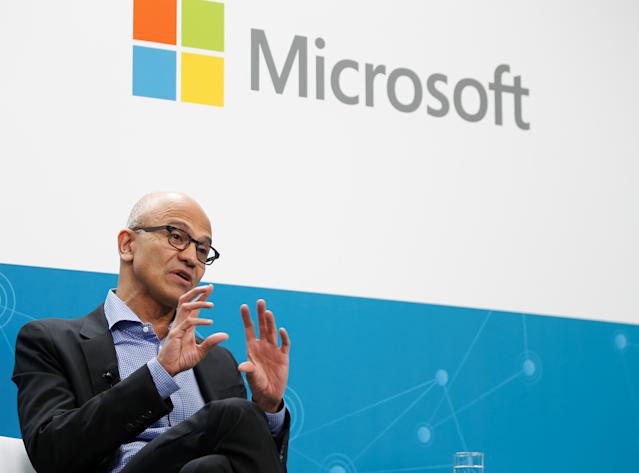 The consensus Crowd 12 month price target forecast for Microsoft’s stock is $332 per share, with a Strong Buy Crowd rating.

For the fiscal second quarter, Microsoft expects sales of between $52.35 billion and $53.35 billion, representing a 2% growth rate, against analysts predicted $56.05 billion in sales. Microsoft’s operating margin for the second fiscal quarter was around 40%, which was lower than the analysts consensus estimate of 42%.

Overall sales for the company increased 11% year over year in the first quarter of the fiscal year. Microsoft’s consumer business is being impacted by cyclical factors, CEO Satya Nadella stated on a conference call with analysts, which affected the reported top line revenue results.

Microsoft’s net profit decreased by 14% to $17.56 billion. Microsoft’s tax gain in the previous quarter was $3.3 billion. However, the business extended the usable lives of servers and networking equipment to six years from four years, which increased net income in the first fiscal quarter by $859 million. However, the firm’s gross margin was 69.2%, which fell short of the 69.8% forecasted figure.

The Azure public cloud, along with Windows Server, SQL Server, Nuance, and Enterprise Services, are all part of Microsoft’s Intelligent Cloud business sector, which produced $20.33 billion in quarterly sales. That’s an increase of 20% and shy of the $20.36 billion consensus figure among the forecasts reported previously by analysts.

Microsoft reported that Azure revenue increased by 35% during the quarter as opposed to 40% growth during the prior quarter. The personal computer sector’s  revenue was reported at $13.33 billion, less than the $13.12 billion forecasted. This sector includes Windows operating system, Xbox gaming systems and services, Surface hardware, and Bing search engine and advertising components. Sales of Windows operating system licenses to computer manufacturers dropped by 15%.

Lower PC demand experienced in September, will continue to have an impact on the consumer side of the business. The company forecasted that revenue from Windows sales from device manufacturers will drop by 30 percent this year.

Microsoft’s Cloud revenue in the quarter exceeded 50% of the company’s total business revenue.

The company recently announced plans to slow down hiring and a small portion of the workforce were being laid off, however the company will stay focused on it’s core business units, mainly amongst the growth in the cloud services.

On October the 20th, STA Research maintained their Buy rating on MSFT stock, and kept the $300 target for the next 12 months on the stock.

Rosenblatt Securities maintained the Buy rating  also on October the 2oth, and cut their price target to $300 from $300, a 10 percent reduction in the valuation forecast.

Again on October the 2oth, Piper Sandler maintained their Overweight rating but cut the stock’s price target to $275 from $312.

Citigroup maintained the Buy rating on October 19th, and cut the stocks target to $282 from $300.

Deutsche Bank Capital on October the 18th, cut the target to $315 from $330, and kept the Buy rating intact despite the cut.

Also on October 18th, Barclays Capital maintained the Overweight rating, and lowered the target to $310 from $335.

Market capitalization is high: The company is among the top quartile and is one of the biggest in its industry. These businesses are typically more reliable and stable for long term investments.

Superior returns on risk: In the top quartile, this stock has outperformed its sector rivals on a risk-adjusted basis over the course of at least a 12-month holding period.

Low Volatility: The stock’s yearly returns  have been stable and constant when compared to peers in its industry, and they are in the top quartile. Although stability is desirable, it can also restrict returns.

High dividend yield: The stock has outperformed its industry rivals over the past 5 years (for a hold duration of at least 12 months) and is in the top percentile in terms of average annual dividend returns. For investors seeking high income yields, this could be an excellent purchase, especially if it is excelling on a total return basis.

Excellent return on equity: The management of the company has outperformed its competitors in terms of return on equity over the last four quarters, ranking it in the top quartile.

Superior capital efficiency: In the last four quarters, firm management outperformed its counterparts in terms of return on invested capital, putting it in the top quartile.

Excellent return on assets: The management of the company has outperformed its counterparts in terms of return on assets over the last four quarters, putting it in the top quartile.

Superior growth in earnings: In the preceding five years, this stock’s profits growth was in the top quartile for its industry.

Compared to book value, it is overpriced: On a price to book value basis, the MSFT stock is selling at a premium to the median of its peer group.

Overpriced based on cash flow: On a price to cash flow ratio, the stock is trading at a premium to that of its competitors. Its pricing is higher than the sector median. Whenever you are thinking about buying, go with prudence.

High valuation based on free cash flow: On a price to free cash flow basis, the stock is trading at a premium to that of its competitors. Its pricing is higher than the sector median. Whenever you are thinking about buying, go with prudence.

Is Microsoft a Buy, Hold or Sell?

The company just reported earnings, and did exceed  analyst forecasts, but analysts and investors were disappointed with the forward looking performance forecasts. which could have an ongoing negative affect on the stock.  If the macro economic picture worsens, then that will have a dragging down effect on the indexes, specifically the Nasdaq, and take Microsoft’s stock with it. If the market sell off gets severe, then the stock could retest the March 2020’s lows of $150 per share.  As for the upside for the stock, it is likely capped at $300 per share, but it’s quite unlikely that it will see than level for sometime.  In short, MSFT stock should be approached as a Hold as a result, on a short term basis. Caution should be present. 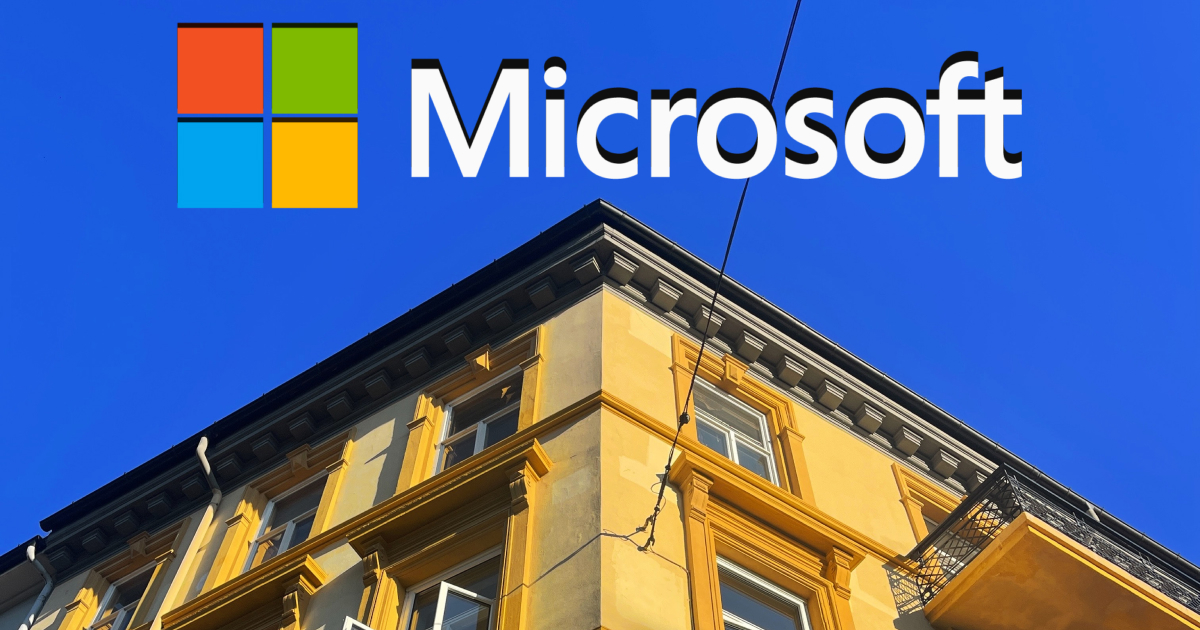 The company sells its products through OEMs, distributors, and resellers; and directly through digital marketplaces, online stores, and retail stores. Microsoft Corporation was founded in 1975 and is headquartered in Redmond, Washington.

Microsoft stock forecast shows that it has performed well, on a risk adjusted basis, compared to its sector peers(for a hold period of at least 12 months) and is in the top quartile.

Microsoft stock forecast shows that the annual returns have been stable and consistent compared to its sector peers(for a hold period of at least 12 months) and is in the top quartile. Although stability is good, also keep in mind it can limit returns.

Microsoft stock forecast shows  that the company management has delivered better return on invested capital in the most recent 4 quarters than its peers, placing it in the top quartile.

The company has under performed its peers on annual average total returns in the past 5 years.

Microsoft stock forecast is trading high compared to its peers median on a price to book value basis.

Microsoft stock forecast is trading high compared to its peers on a price to cash flow basis. It is priced above the median for its sectors. Proceed with caution if you are considering to buy.

Microsoft stock forecast is trading high compared to its peers on a price to free cash flow basis. It is priced above the median for its sectors. Proceed with caution if you are considering to buy.