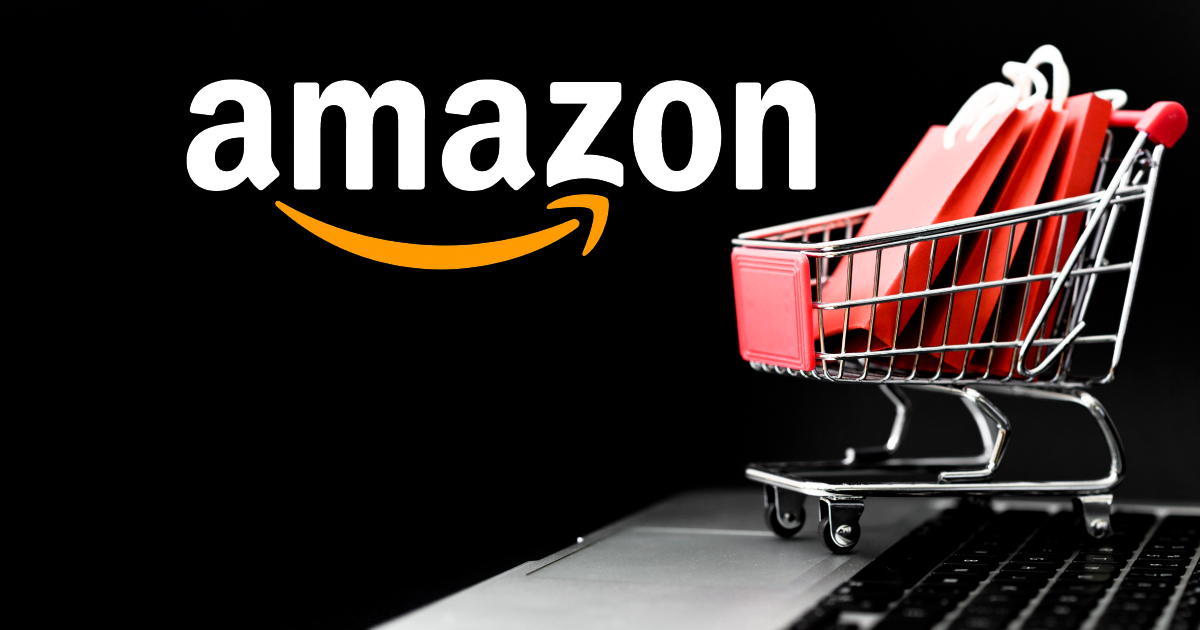 Despite the fact that Amazon (AMZN:NSD) continues to be an impressive company that has generated outstanding returns for its shareholders, there are growing indications that its fundamentals are worsening.

For instance, Amazon posted unsatisfactory third-quarter results and provided weak outlook for the fourth quarter. For the third quarter, the business recorded worldwide net sales of $127.1 billion, an increase of 19% year-over-year, and an operating income of $2.5 billion.

Given the relatively weak profitability, this amount of growth no longer justifies an inflated price. Significant Amazon stock-based compensation, which increased to $5.6 billion in Q3 from $5.2 billion in the second quarter, further dilutes shareholders.

Not only are the financials declining, but we also believe that the consumer experience is degrading. It appears that everything on Amazon is now an advertisement due to the pervasiveness of advertisements on the site.

In the third quarter, 58% of all paid units were sold by third-party vendors, the largest percentage ever. Unfortunately, Amazon has less control over the quality of products sold by third parties compared to those sold directly by the corporation.

With many search results yielding “Sponsored” products, it is becoming increasingly difficult for users to determine whether they are being displayed a product because it is a good alternative or because a third-party vendor has purchased an advertisement.

Sellers, who must now pay considerable sums to advertise on Amazon, are increasing prices to offset the rising cost of doing business, so diminishing the customer experience and rendering Amazon a less competitive shopping location.

Amazon has historically prioritized free cash flow production, but it went negative last year and will likely do so again this year.

The operating margin has declined significantly over the past few quarters. In actuality, it is currently below the company’s ten-year average, thereby wiping out the operating leverage gains the company had gained in previous years.

Operating income has declined dramatically. In Q3 2021, the trailing twelve-month operational income was $28 billion, down 54% year-over-year to less than $13 billion. It is impossible to explain a valuation of one trillion dollars with $13 billion in operating profits.

In addition to the increase in Prime Video content and marketing expenses, the business cited these as reasons affecting profitability. The global debut of Rings of Power and the launch of the NFL Thursday Night Football package in the United States are clear examples.

Important headwinds include inflation, excessive capital expenditures, supply chain challenges, and certainly the most significant factor is demand that is weaker than anticipated. The end result was a trailing twelve-month net income of somewhat more than $11 billion.

Amazon has ample money, but a substantial amount of long-term debt. Given the company’s present negative free cash flow, investors should keep a careful eye on the balance sheet, as it could rapidly deteriorate.

The company’s leverage is acceptable at 1x financial debt to EBITDA, but we would feel much more comfortable if it had a strong net cash position. Cash and short-term investments have decreased recently, but long-term debt has increased.

At first glance, the valuation appears favorable, with valuation multiples such as EV/Revenues well below the ten-year average. However, we would advise caution, as fundamentals are weakening, and we do not anticipate the next ten years will produce growth comparable to Amazon’s prior decade.

The EV/EBITDA ratio is also substantially below the 10-year norm and does not appear to be excessively pricey. Profitability is currently declining, and growth is decelerating, which is an issue. Considering this, an 18x multiple no longer seems so inexpensive.

The reason we are not more pessimistic about Amazon stock price is that its AWS division continues to provide good results, despite growth slowing considerably.

Therefore, AWS has been working with clients to reduce their bills. The business claims that Graviton3 processors provide 40% better pricing performance than equivalent x86-based instances. This indicates that AWS will gradually displace chips from companies such as Intel (INTC:NSD) and NVIDIA (NVDA:NSD).

AWS is also challenged by rising energy expenses, which compels the company to search for ways to optimize its operations to utilize less energy. In spite of this, the company’s operating profit for the third quarter of 2022 was $5.42 billion.

The fundamentals of Amazon are deteriorating, which is arguably the biggest danger for investors. It remains to be seen whether the corporation will reverse the deteriorating trend in profitability and reignite rapid sales growth.

It is becoming evident that the company overinvested in capital expenditures, and it is now battling to increase its operating margins. Some of its top competitors are gaining a great deal of e-commerce expertise, further complicating the situation. This category covers Walmart (WMT:NYE) and Costco (COST:NSD).

There are numerous indications that Amazon’s fundamentals are weakening, and diminishing profitability and decelerating growth reflect this.

Given the increase of adverts on the website, we would claim that the customer experience has also declined.

Despite the fact that the value appears attractive relative to historical multiples, we would be cautious given the evident indications of deteriorating fundamentals. AWS’s continued solid performance is the primary reason we are not more pessimistic about the firm.

The fundamental analysis for Amazon stock is rated with a score of 6.7 out of 10, where the stock is considered as  bullish. 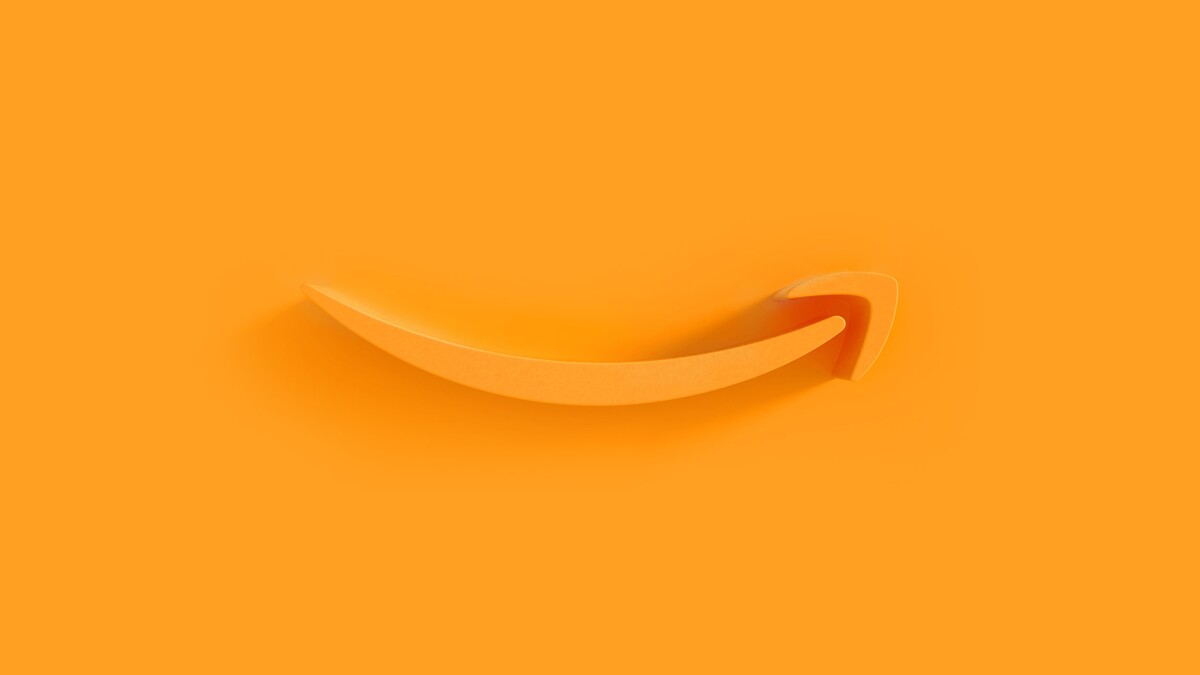 Rosenblatt Securities just published a note updating their coverage on Amazon stock.  The analyst has maintained their Neutral rating on the stock and cut the 12-month target forecast to $103 from $118 per share.

STA Research maintained the Buy rating on the stock, with a $150 price target on the stock for a 12-month period.

Based on the stock projections made for Amazon stock by 39 analysts, the company’s average 12-month target price is expected to be USD 142.27. The typical analyst rating for Amazon stock is Strong Buy. Amazon stock analysis by Stock Target Advisor is Slightly Bullish and is based on 8 positive and 4 negative signals. The stock price of Amazon was US$100.79 at the most recent close. The share price of Amazon has moved over the course of the last week, month, and year by +10.78%, -10.43%, and -42.82%, respectively.  The Crowd rating for the stock is a consensus Buy.

News has just surfaced that Amazon intends to layoff roughly 10,000 workers in the company’s business and technical roles starting this week. The cuts would be the biggest in the company’s history and would mostly affect Amazon’s devices department, retail division, and human resources. Less than 1% of Amazon’s global workforce and 3% of its corporate personnel would be affected by the alleged layoffs.

The company relies heavily on the holiday shopping season, the company usually  increases the employee count during this crucial period. CEO Andy Jassy has been actively reducing costs all year to protect the company’s cash flow as it deals with sluggish sales and a dour global economy.

The company made plans to stop  hiring in its retail division.  Amazon recently terminated its telemedicine service, and cancelled or delayed the opening of some new warehouse locations, and closed all but one of its U.S. call centres, and also killed off its roving delivery robot, and closed some of it’s physical stores.

Amazon’s stock has fallen over40% so far this year,  on track to have its worst year since 2008.

High market capitalization
This organisation is among the top quartile and is one of the biggest in its industry. These businesses are typically more reliable.

Superior returns on risk
In the top quartile, this stock has outperformed its sector rivals on a risk-adjusted basis over the course of at least a 12-month holding period.

Low volatility
For a hold duration of at least 12 months, the Amazon stock yearly returns have been stable and constant when compared to peers in its industry, and they are in the top quartile. Although stability is desirable, it can also restrict returns.

Excellent return on equity
The management of the company has outperformed its competitors in terms of return on equity over the last four quarters, ranking it in the top quartile.

Superior capital efficiency
In the last four quarters, firm management outperformed its counterparts in terms of return on invested capital, putting it in the top quartile.

Superior growth in earnings
In the preceding five years, Amazon stock profits growth was in the top quartile for its industry.

Overpriced in relation to earnings
The Amazon stock is trading above the sector median and at a premium to its peers in terms of price to earnings.

Overpriced compared to book value
On a price to book value basis, the Amazon stock is selling at a premium to the median of its peer group.

Overpriced based on cash flow
On a price to cash flow ratio, the Amazon stock is trading at a premium to that of its competitors. Its pricing is higher than the sector median. Whenever you are thinking about buying, go with prudence.

Overpriced based on free cash flow
On a price to free cash flow basis, the stock is trading at a premium to that of its competitors. Its pricing is higher than the sector median. Whenever you are thinking about buying, go with prudence.

The fundamental analysis for Amazon stock is rated with a score of 6.7 out of 10, where the stock is considered as  bullish.