Stock prices are falling as yields on U.S. treasuries have increased by more than 4 percentage points. This volatility is being caused by a rise in interest rates as well as rapid movements in currency markets. 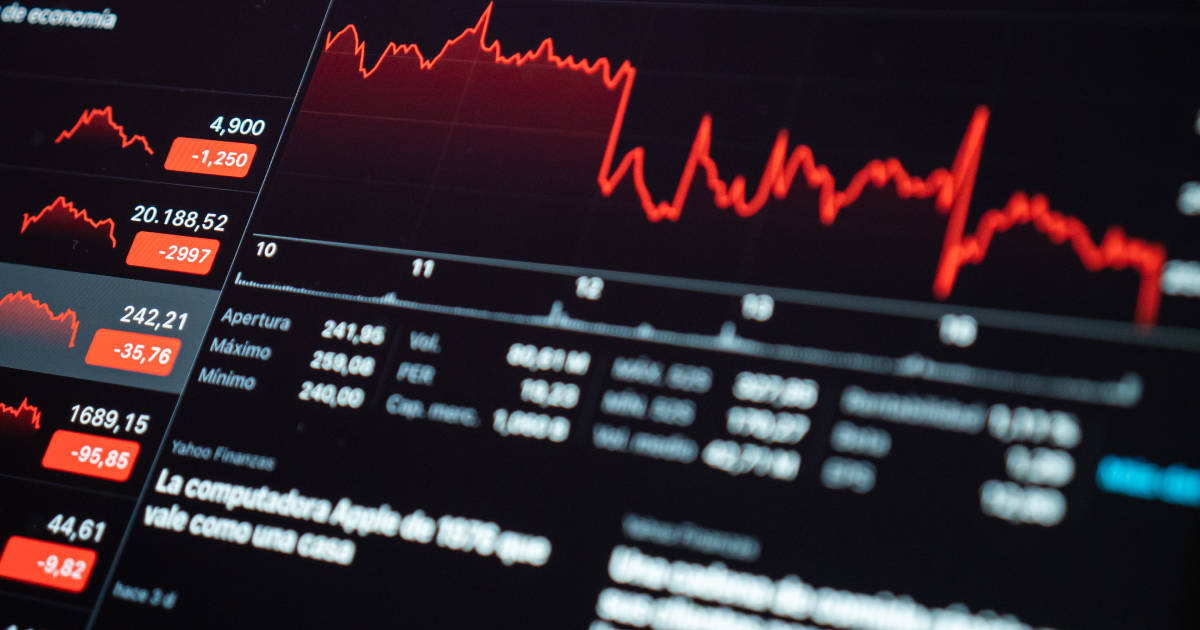 This week, the financial markets are feeling the direct effect of the turmoil that has been occurring in the currency and stock market. The decline in the value of the British pound was caused by short sellers who were concerned about the state of the UK’s economy.

As a consequence, stock prices are falling as yields on U.S. treasuries have increased by more than 4 percentage points. This volatility is being caused by a rise in interest rates as well as rapid movements in currency markets. In the meantime, the problems in Europe are getting worse, so the price of oil has gone up from its recent lows.

Apple’s (AAPL:NSD)announcement that it will reduce production of the iPhone 14 caused the company’s stock to drop, which in turn brought the Nasdaq down with it, causing a domino effect on the overall technology stock market. Investors see Apple’s (AAPL:NSD) actions as proof that the economies of most western countries are probably already in the middle of a recession.

The British Pound and Its Effects on the US Economy

The Bank of England made an effort to ease tensions in the currency markets by making public its intention to purchase long-term bonds and halt the movement toward balance-sheet reduction. These actions were taken in an effort to ward off volatility in the stock market.

In an effort to protect the value of the British pound, the Bank of England (BOE) has given indications that its long-term target for interest rates will be 5.8 percent.

Residents of the United Kingdom are already taking a beating because their utility bills have increased by more than one hundred percent so far this year. The possibility of higher rates, adding hundreds of pounds per month onto residential mortgages, has the potential to destroy both the housing market and the economy.

As a direct result of the move, the 30-year fixed mortgage rate in the United States surpassed 6.5 percent, sending shock waves throughout the mortgage industry. The number of people applying for mortgages has dropped by 3.7 percent week-over-week, following a surge of 3.8 percent the previous week.

This comes as a result of higher interest rates. As a direct consequence of this, sentiment in the real estate market as a whole is drastically deteriorating, which is having an impact on the number of mortgage applications and home sales.

The number of mortgage applications submitted has decreased significantly year over year, as evidenced by the September Mortgage Market Index, which is currently sitting at 254.8 as opposed to 734.9 beginning in September of 2021.

Even after the recent drop in the stock market, market volatility remains high as a result of the various factors that affect it. Uncertainty is the one thing that seasoned traders are aware of being the one thing that the financial markets despise the most, and right now there is a lot of it.

The primary factors responsible for the recent decline in stock prices are rising interest rates and the prospect of an economic contraction in the near future. Experts in technical analysis believe that the market is currently in an oversold environment.

However, it seems as though the stock market still has a significant distance to fall before it can be considered fairly valued in relation to the macro concerns that are currently impacting the markets.

On top of the Federal Reserve’s aggressive plan to fight inflation by raising interest rates and shrinking its balance sheet, investors should be ready for more volatility when earnings start to come in the following month.

The Dow Jones Industrial Average has just broken through the support level it was sitting at, and the new level of support is located at 25.000, which indicates that the index may continue to fall by another 15%. The NASDAQ was pummelling on Thursday and is currently hovering dangerously close to the 11,130 level that serves as its near support.

If the NASDAQ index manages to break support, it will likely test the next support level at 10,000, which would result in an additional 10% drop in value. The S&P 500, like the Dow Jones Industrial Average, has just broken support and may test the next level of support at 3269, indicating that a drop of more than 10% is possible.

Stock Market Analysis of Apple and Tesla from a Fundamental Perspective

Apple (AAPL:NSD) and Tesla (TSLA:NSD)are two of the most important stocks to keep an eye on because their movements could indicate the future course of the market. Apple (AAPL:NSD)is currently experiencing selling pressure and has the potential to revisit recent lows, which could drag the market down with it. Tesla’s (TSLA:NSD) support level was just broken, and as a result, the stock could drop another 15% before reaching the next support level, which is $234.

An Analysis of the the TESLA Stock

The average price target for Tesla stock over the next year, based on the projections of 32 different analysts, is USD 775.72. This estimate was derived from the Tesla stock forecast.

“Buy” is the recommendation made by analysts on average for Tesla (TSLA:NSD).

An Analysis of the Apple Stock

The average price target for Apple stock over the next year, according to the projections of 22 different analysts, is USD 169.04 per share. This is based on Apple stock.

“Buy” is the recommendation that is given by analysts on average to Apple (AAPL:NSD).

Bullish is the conclusion that can be drawn from Stock Target Advisor own stock analysis of Apple (AAPL:NSD), which is derived from a total of 10 positive signals and 4 negative signals.