The fundamental analysis for Nio stock is Bearish with a  score of 3.3 out of 10. 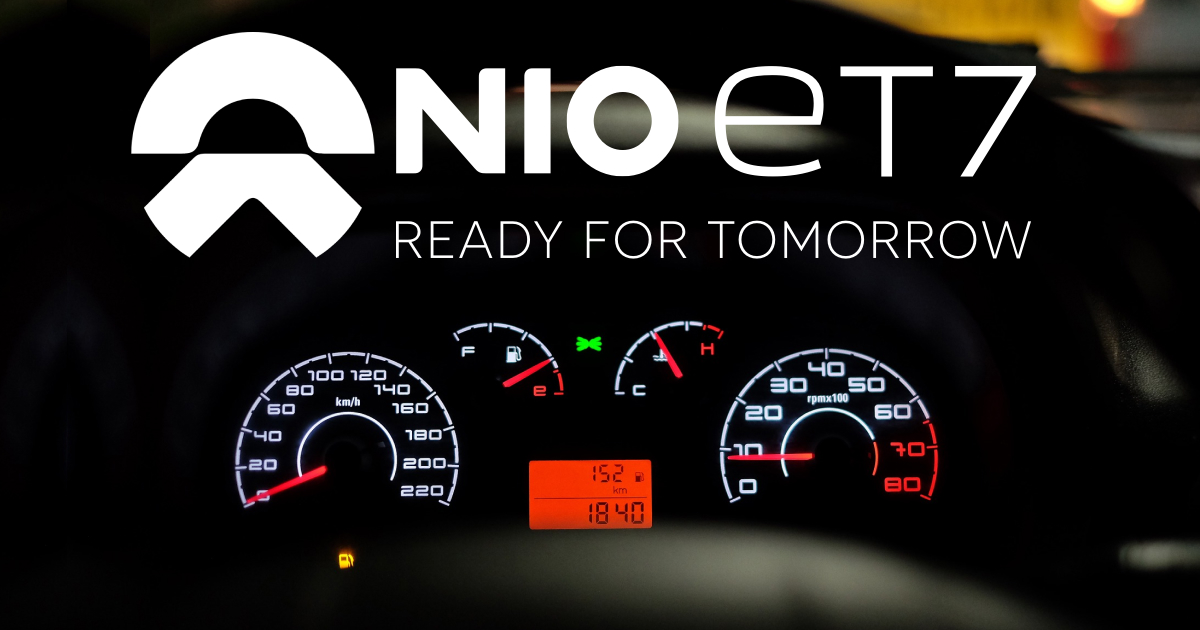 Deutsche Bank Capital issued a report on Monday. They updated their coverage on the stock. Raised the investment firm’s price target to $21 from $20, and maintained the Buy rating on the stock. The analyst admitted that Nio “continues to upset” investors with new operational problems. That is preventing volume in the fourth quarter, he is “optimistic that the worst may finally be over.”
UBS Securities recently downgraded the stock to Neutral from a Buy rating. Slashed the Nio Stock Price target on the stock to $13 from $32.
Barclays Capital maintained the Overweight rating on the stock. They cut the Nio Stock Price target to $18 from $19 per share.

In China, NIO creates, develops, produces, and markets intelligent electric vehicles. Along with smart electric sedans, it also offers electric SUVs with five, six, and seven seats.
The business also engages in:
As well as sales and after-sales management. It also offers energy and service packages to its customers:
The company also offers:
It also offers third-party:
NIO Certified, a used car inspection, assessment, purchase, and sales service. In July 2017, the business, which was NextEV Inc., changed its name to NIO Inc. Shanghai, China serves as the corporate headquarters of NIO Inc., which got founded in 2014.

China is facing further Covid outbreaks. These are to blame for the Chinese electric car company’s recent stock decline. They have raised concerns about new Covid limitations in the nation. It caused all Chinese stocks to decrease owing to possible economic repercussions.

Nio stock has outperformed its sector rivals on a risk-adjusted basis. Over the course of at least a 12-month holding period in the top quartile.

The company is more flexible since it is less leveraged than its competitors and is in the top quartile. Keep an eye on the news and consider the industry. This is low because there is no room for future expansion at the organization.

This is one of the less significant companies in its industries. With a market capitalization below the average. If it doesn’t have a distinct technology or market that can help it develop. If or gets purchased in the future, it may make it less stable in the long run.

Over the past five years, this company’s total returns have been erratic. Also, they have been higher than the industry average. If you plan to invest in such a stock, be sure your risk tolerance is adequate.

On a price-to-book value basis, the Nio Stock Price is selling at a premium to the median of its peer group.

On a price-to-cash flow ratio, the Nio Stock Price is trading at a premium to that of its competitors. Its pricing is higher than the sector median. Whenever you are thinking about buying, go with prudence.

Free cash flow that is negative

In the last four quarters, the company’s free cash flow was negative.

Compared to its sector, NIO stock price median earnings growth was lower than average. Analysis of the past five years

The fundamental analysis for Nio stock is Bearish with a  score of 3.3 out of 10. 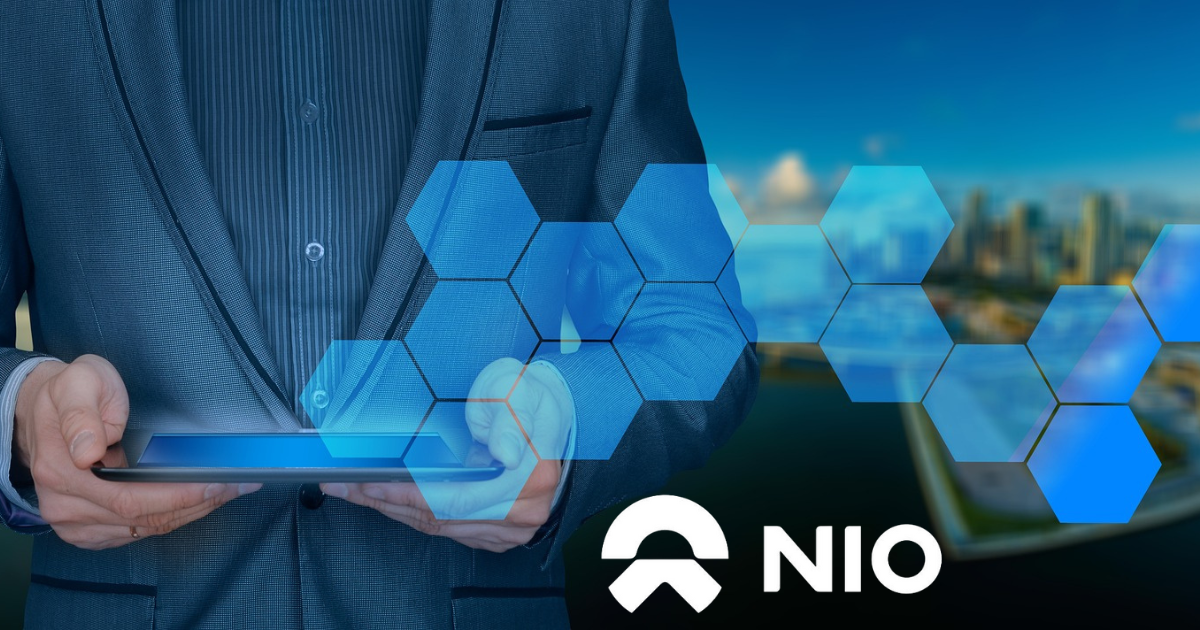 NIO stock (NIO:NYE) reported an increase in revenue in its Q3 results report, which was released last week.

Additionally, the outlook for the fourth quarter is surprisingly positive, showing that the delivery slowness caused by widespread COVID-19 lockdowns is reversing.

Unfortunately, NIO’s car margins continued to fall somewhat in Q3, a trend that may continue as a result of increasing competition in the EV industry and greater pricing pressure for electric vehicle products.

Due to issues with the supply chain and investors’ increasing emphasis on profitability, we predict that the NIO stock is likely to revisit its previous lows and may soon become a single-digit stock!

The Chinese manufacturer of electric vehicles posted Q3 earnings that exceeded consensus estimates for the top line but missed forecasts for EPS. 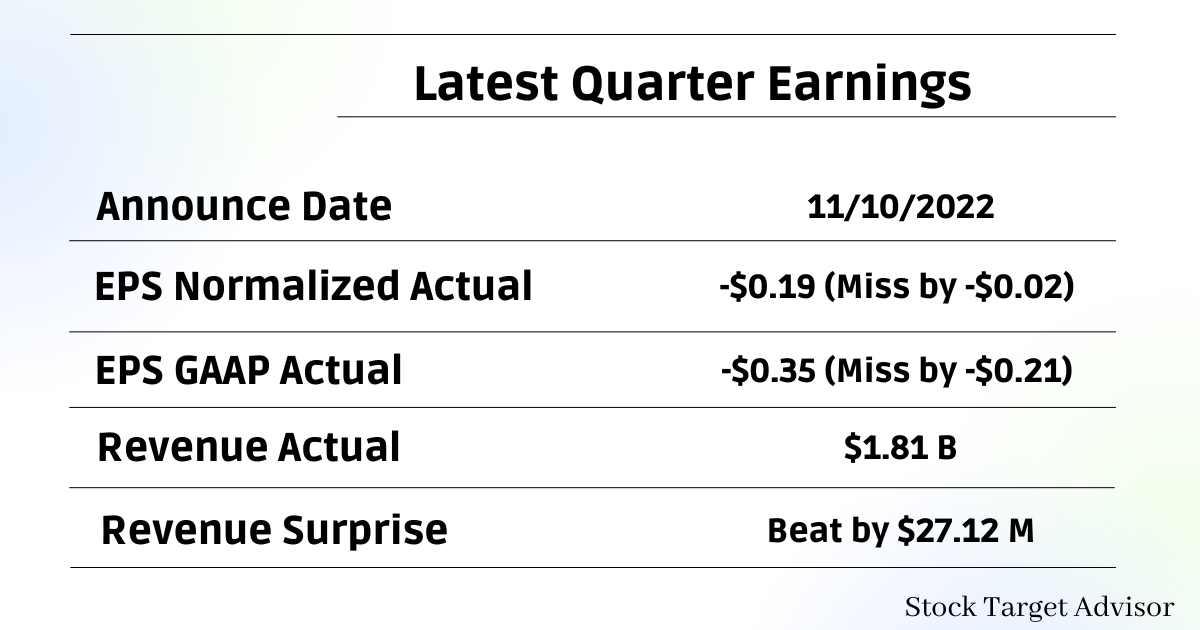 The most important takeaway from NIO’s earnings report was the optimistic Q4 projection. NIO anticipates delivering between 43 and 48 thousand electric vehicles in the fourth quarter of 2022, representing a significant year-over-year rise of between 71.8% and 91.2%.

NIO delivered a total of 31,607 electric vehicles in the third quarter, therefore based on the company’s projections for the fourth quarter, delivery volumes are anticipated to increase by at least 36.0% year over year.

The bullish projection is based on the launch of NIO’s sedan vehicles, particularly the ET5 sedan, which debuted at the end of September. Strong demand exists for the ET5 and ET7, and NIO has already delivered 1,030 ET5s in October, indicating that deliveries have begun to increase.

The delivery prediction for fourth-quarter 22 was by far the most valuable piece of information NIO has provided to investors in a very long time.

Due to COVID-19 factory lockouts and other factors such as a poorly calibrated supply chain, the electric vehicle market experienced a sluggish increase in production and shipments in FY 2022. Consequently, NIO’s stock has been pummelling, down 64% year to date.

In Q2’22, NIO’s vehicle margins were 16.7%, representing an additional 0.3 PP fall in margins quarter over quarter. Weakening car margins pose a significant threat to NIO, given that the company has positioned itself as a luxury product producer.

Given the difficult economic conditions in the third quarter of 2022, NIO’s revenue growth in Q3’22 of 32.6% is a very impressive pace of growth. NIO is expected to continue growing significantly in the future, but this expansion will eventually moderate.

The expected revenue growth for NIO from FY 2022 to FY 2023 is 94.8%, which corresponds to a P-S ratio of 1.4. NIO’s P-S ratio is comparable to that of Li Auto (LI:NSD), but due to the risks connected with NIO’s production ramp, investors may see NIO’s P-S ratio fall back into the single digits.

Despite a large increase in revenue during the third quarter of 2022, NIO stock faces severe top-line risks, and the supply chain is still not functioning as it should.

The supply chain will continue to pose a threat to NIO, since shipping delays for casting parts, which impacted the ET7’s ramp, have caused manufacturing issues for the company during the summer.

The greatest danger, in my opinion, is a continued reduction in car margins, which would have a negative impact on NIO’s profitability and could be a reason for investors to avoid the EV manufacturer.

The third-quarter income statement for NIO was satisfactory, but not exceptional. Positives in NIO’s financial report were the year-over-year revenue growth and the optimistic estimate for deliveries in the fourth quarter of 2022.

After the turbulent fiscal year 2022, NIO stock may witness a return in delivery growth… which would be necessary for a reevaluation of NIO’s stock.

NIO is however threatened by the persistent drop in car margins, which shows reduced pricing power in the market due to an expanding EV product lineup.

In light of the fact that NIO still faces significant top-line concerns and is not yet profitable, I predict NIO will retest its lows and may even be at risk of becoming a single-digit stock in the near future!

CEO-Don Lawrence (Financial Analyst and veteran trader) talks about Nio’s stock, and analyzes the fundamental and technical aspects. Don discusses the range of the stock, and thinks any weakness should be seen as a buying opportunity for a long term valuation play. Don is still bullish on the stock for the long term, but believes macro pressures could cause headwinds in the short term.