Signs are emerging that some of the gloom may be receding, as the rally this month in stocks coincided with some tech companies releasing some poor earnings results, which could dictate the immediate outcome for the markets. 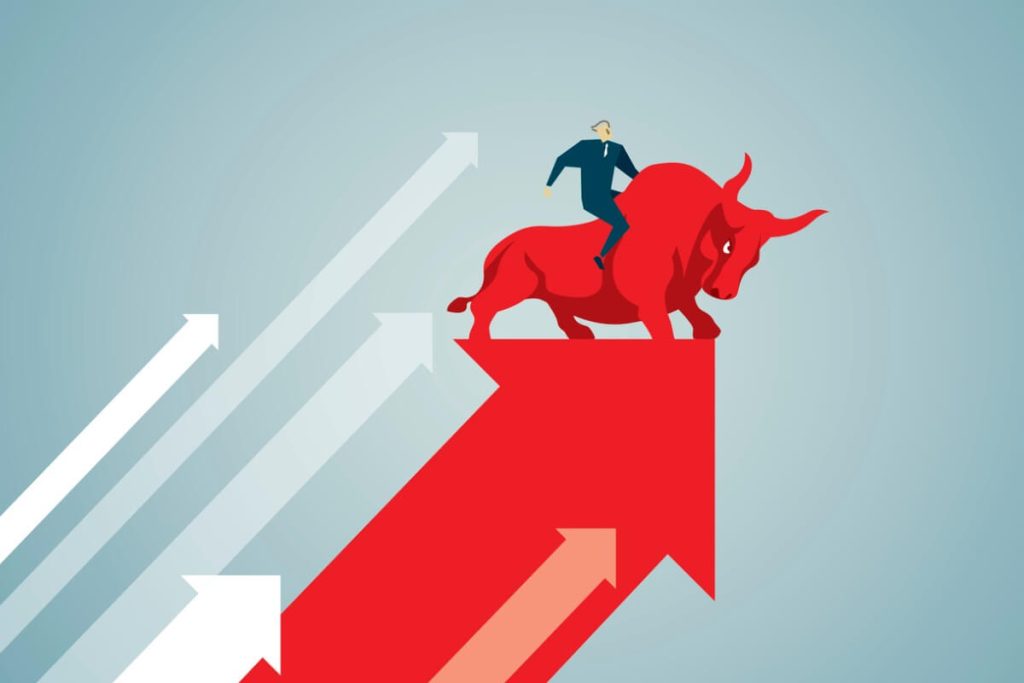 November Market Outlook: The stock markets finished October 2022 with a gain, as stocks underwent a technical rebound.  The Dow Jones Industrial Average (DJIA) surged about 14%, posting its highest one-month return since 1976, while the S&P 500 gained about 8% throughout the month. This year, however, is turning out to be the worst year for either index since the depths of the Great Recession in 2008/9.

Signs are emerging that some of the gloom may be receding, as the rally this month in stocks coincided with some tech companies releasing some poor earnings results, which could dictate the immediate outcome for the markets.  In a recent weekly survey from the American Association of Individual Investors, optimism emerged among retail investors within a 6 month outlook for the stock market.

The outcome from the Federal Reserve’s decision to raise interest rates at its final two meetings of the year will determine if markets will finally stabilize,  and show an indication that the current financial turmoil might be over.   Impending inflationary data will show if the federal bank’s policies have had the desired effect and if they have demonstrated enough of an impact to indicate the prices of goods and assets were cooling.

November could allow the markets to rise, as the difficult third-quarter earnings period concludes.  November, according to historical data reveals it is one is one of the best months of the year for financial markets. According to recorded data, the S&P 500 posted gains at the end of the month in more than 60% of the 94 Novembers since 1929, with gains averaging 0.8%.  As a result, this positive factor coupled with a rough year for stocks so far, could trigger a 2 month rally to finish off the year and try and recover some of the steep losses incurred so far.

Most recent economic statistics currently demonstrate that it’s probable that peak inflation has already occurred, and now the Federal Reserve could take the foot off the rate increase pedal.  However recent data shows that the job market isn’t slowing down yet, which points to the fact that inflation hasn’t been tamed yet. It’s still unclear whether central bankers will raise or lower rates at their final meeting of the year, in which the policymakers will review their inflation fighting strategy set for December 13th and 14th, just weeks before the holiday season. Obviously, all policy matters are based  on inflationary levels. The most probable  path for the Federal Reserve is to  change its policy course away from its aggressive stance, and increase rates by a hike of 50 basis points rather than 75 points at the December policy meeting.  This could be the gasoline the stock market needs for a year end rally.

Earnings season could also help provide the stock market with another spark that it needs to push indexes higher.  A risk off, fear based sentiment has dominated the markets so far for the whole year, which again signifies that investors might find some solace in an earnings season that was forecasted to produce the lowest earnings growth rate in the last two years, actually turn out no so bad.

Investors are looking for evidence that a market bottom has occurred, in which a variety of indicators could provide, such as rash of earnings beats, or some kind of  de-escalation in the Ukrainian war, which would help ease the energy crisis that is eroding domestic finances, which is the main culprit behind food and goods price surges.

The Midterm elections coming up November, could have a positive effect on the financial markets once the political uncertainty is over, as in order for markets to grind higher, it needs to start removing various levels of unpredictable factors.  The market hates uncertainty with a passion!

Americans are feeling less positive about their jobs and are worried that their personal finances will get worse within the next several months, according to a recent studies conducted.  Consumer sentiment will be a crucial factor in the markets return to a positive note.  Months of constant inflation have generally been tolerated by most Americans, as they find ways to circumnavigate inflationary pressures, indicating consumer attitude and expenditure, such as monthly retail sales data which is due on November 16th, could  provide some much needed insight on a how much of an impact inflation is actually weighing on consumers’ wallets.

As interest rates have been rising quickly this year, investors have been reallocating funds from stocks to investors to  short-duration bonds. Long-term bonds are now starting to get more appealing as we get closer to the possibility of a recession and the Federal Banks around the world are  doing a 360, and should start pausing then cutting interest rates eventually, which will spark another rally of sorts.

Now is the perfect time to concentrate on equities as their attractive valuations are becoming much more feasible for a long term position, as the risk reward situation becomes much clearer, as the upside starts to become more in favour, as the risk slants to the upside.  November Market Outlook might still be quite volatile this month, but careful stock picking, especially in the heavily beaten tech sector, specifically SAAS stocks could certainly set up the investor for a good position for long term capital appreciation.

Where are the Indexes going IN The November Market Outlook? Technical Analysis!

The market indexes have been falling for over a year now, and the Nasdaq by far has been the worst performing of them all, breaking recent lows, sitting now at a 2 year low.  If the index can hold this current level of support, then the Nasdaq could quickly rally to 12500, going possibly as high as 13500 if it really gains steam and the monetary policy and macro circumstances align. The S&P 500 appears to have bottomed off 3597, and is currently under going a pullback from the recent price action run up, which could restart shortly and push the index to the 4200 range.  The Dow Jones Industrial Average is performing the best so far this year, with only falling just over 10 percent.  The index could touch 34000 by the end of the year, if we get a positive upswing and shift in market sentiment, and a better position on rates.  All in all, the risk reward metric is starting to certainly make stocks now worth a second look, especially the Nasdaq.