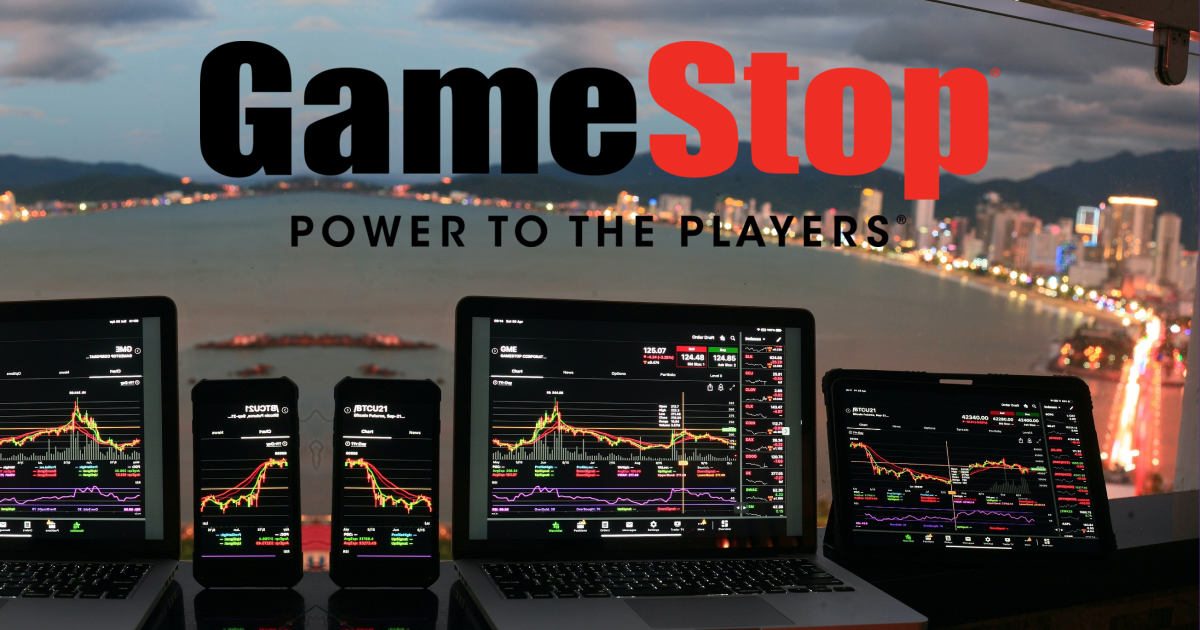 Nearly 22 months after the meme frenzy on the retail stock initially began, GameStop Corp. (GME:NYE) is still very much a battleground stock. Bloomberg reported that early purchasers of GME stock are still resting on substantial paper profits while other speculative investments have lost value.

The GME stock remains unattractive to Wall Street analysts due to valuation and profitability problems.

Michael Pachter, an analyst at Wedbush Securities, recently remarked that the gaming retailer suffered another operational loss in FQ2 and emphasized that the company is a fundamental problem.

However, he applauded the tenacity of the “Reddit Raiders” and the HODL community for remaining loyal to GME. Pachter believes it is partially due to the allure of riding with major shareholder Ryan Cohen, but he is skeptical that it will endure.

He cautioned, “The man is the pied piper of retail; he is not the Warren Buffett of retail.” “I cannot explain the phenomenon of Ryan Cohen’s cult because he is not affiliated with GameStop,” he continued. Wedbush has the lowest price objective on Wall Street for GameStop (GME:NYE), at $6.

The next earnings report for GameStop (GME:NYE) is anticipated to be released within the first two weeks of December. The conference call could explore the repercussions of the FTX partnership’s dissolution. December is often the month when GME stock experiences the greatest earnings-day volatility. GME short interest continues to exceed 20% of the total float.

Analysts rate GameStop with a consensus Sell rating and a 12-month average target price of $49.17 per share.

Specialty retailer GameStop Corp. offers games and entertainment goods through its online storefronts and numerous locations in the US, Canada, Australia, and Europe. The business offers both new and used gaming platforms, as well as peripherals like controllers, gaming headsets, virtual reality gear, and memory cards. It also offers both new and used gaming software as well as in-game currency, digital downloads, and full game downloads. Additionally, it offers licensed collectibles with a focus on pop culture themes and items from the gaming, television, and film industries. As of January 29, 2022, the company operated 4,573 stores and e-commerce websites under the GameStop, EB Games, and Micromania brands; 50 pop culture-themed stores that sell collectibles, apparel, gadgets, electronics, toys, and other retail products under the Zing Pop Culture brand; and Game Informer, a print and digital video game publication that offers reviews of recent releases, sneak peeks at major upcoming releases, and coverage of the most recent developments. The organization’s previous name was GSC Holdings Corp. The corporate headquarters of the 1996-founded GameStop Corp. are in Grapevine, Texas.

Monday morning saw gains for GameStop Corp. (GME), with the stock rising to 29.09, up 3.27% in pre-market activity. The stock of GME has traded more bullishly during the past month than 61% of other companies on the market, according to its short-term technical score of 61. GameStop Corp. rates higher than 65% of stocks in the Specialty Retail sector, which is ranked 81st out of 146 sectors.

S3 Partners CEO & Managing Partner Bob Sloan believes that if Gamestop’s stock surges past $30, then a serious  short squeeze could take hold and send the stock into a parabolic phase.

As of lately, severe investor pessimism among traders and the uptake in short positions has turned GME’s stock into a another short-squeeze candidate, GME Squeeze 2.0.  Daily market volume on the stock has dropped, and as of now it would take almost 20 trading days to close all the outstanding short positions.  Since July of this year, the stock has fallen by half,  and while GameStop’s shorted percentage of it’s float remains considerably below the 2021 shorted highs, the next squeeze could happen as a catalyst from a liquidity shortage.

Substantial market capitalization.  This organization is one of the biggest in its industry and is in the top quartile. These businesses are more likely to be stable.

Superior dividend yields.  The stock is in the top quartile and has beaten its sector rivals over the past 5 years (for a hold duration of at least 12 months) in terms of average annual dividend returns. For investors seeking high income yields, this could be an excellent purchase, particularly if it is excelling on a total return basis.

Lower debt.  It is in the top quartile and has less leverage than its competitors, which makes the company  more adaptable. Check the news, though, and consider the industry. This can be low at times if the company isn’t expanding and has no room for expansion.

Extreme Volatility.  This company’s five-year total returns have been erratic and higher above the industry average. Check your risk tolerance before investing in such a stock.

Expensive relative to profits.  On a price to earnings ratio, the company is trading above the industry median and is trading higher than its rivals.

In excess of what the book value should be.  On a basis of price to book value, the stock is trading above the median of its peers.

Adverse cash flow.  In the most recent four quarters, the company’s overall cash flow was negative.

Is Gamestop a Buy, Hold or Sell with possible squeeze?

The company’s financial situation has being getting worse, and their new NFT platform didn’t excite too many analysts, traders and investors.  Forecasts for the December quarterly release, has the consensus estimates for earnings at  (-.28) per share loss for the company, considerably worse than last year’s actual earnings results for the same quarter.

The stock has just bounced off it’s support level low at $24.50, and is currently moving higher on positive sentiment, not over fundamentals but bullish technicals, of which low liquidity could start another short squeeze for the stock.  The stock certainly looks like it has consolidated and ready to move higher.  It would appear that under this bullish phase, the stock could hit $50, then would hit resistance at $60, and would need to break that to go higher.  It is very possible, that under this situation, with a short squeeze coming into effect, the stock satisfying these technical requirements could break $100 per share.  As always this type of speculation comes with it’s high degree of risk, but on a risk reward scale a long position in GameStop’s stock could be worth the risk exposure based on the possible capital gains.

However, as a caveat, if the economic picture deteriorates, then the negative environment could affect the bullish upside for the stock.

GameStop’s stock is rated with a fundamental score of 3 out of 10, where 0 is very bad and 10 is very good.