This week the Cosmos community came together to converge in Medellin, Colombia, for a few days for the Cosmoverse. The event is labelled as “The biggest Cosmos event of the year”. 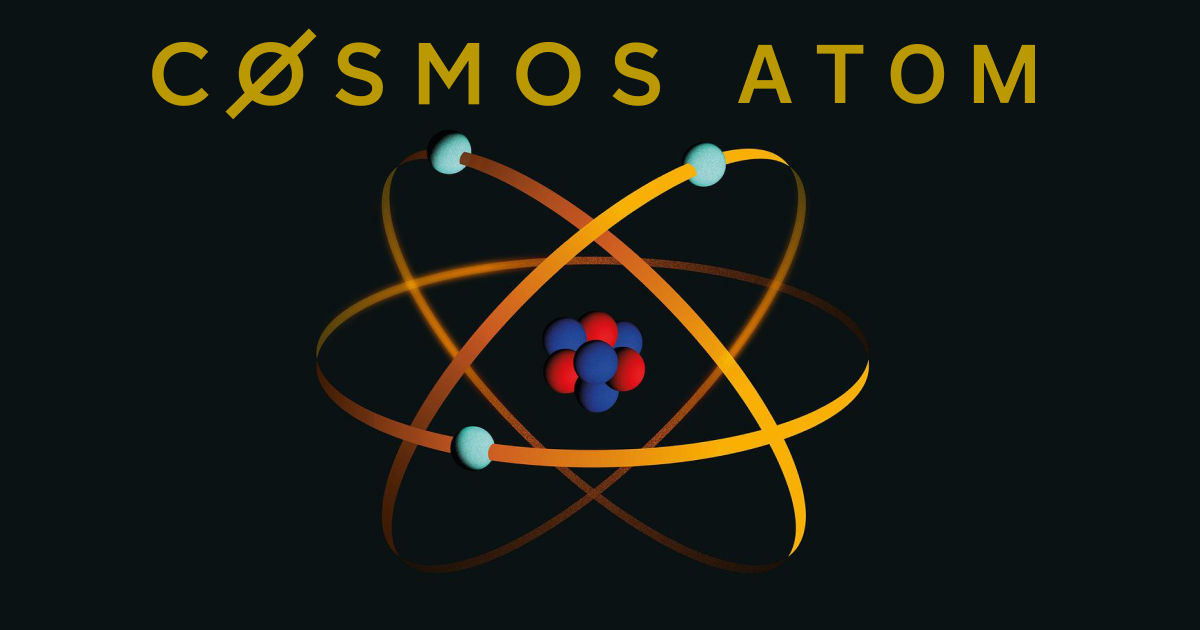 This week the Cosmos community came together to converge in Medellin, Colombia, for a few days for the Cosmoverse. The event is labelled as “The biggest Cosmos event of the year”.  The Cosmos summit highlighted presentations from founders and Tech leaders. They discussed new features that will continue to enhance the Cosmos ecosystem and the ATOM stock.

Cosmos utility token, ATOM, has had its valuation eroded like other cryptocurrencies this year which was a causation of a number of factors.  ATOM and other cryptos experienced a rapid valuation increase over the acute stage of the pandemic, so valuations became a bit distorted and were ripe for a correction due to quantitative easing and pure speculation.  Economic concerns and specifically federal bank interest rates have been the real driver in crushing the valuations in the crypto market.

Just recently ATOM 2.0 was revealed, demonstrating that the Cosmos Hub is getting a serious upgrade to it’s platform.  The ATOM 2.0 white paper was just released, which followed a series of presentations by Cosmos co-founder Ethan Buchman, Osmosis co-founder Sunny Aggrawal, and Iqlusion co-founder Zaki Manian.  The paper revealed the new tokenomics for the Cosomos Hub, demonstrating and highlighting the new features and it’s benefits to the platform.

The Cosmos Hub platform is fundamentally a decentralized network of independent blockchains. The expansive Cosmos ecosystem, and inside it, the Cosmos Hub is a specialized blockchain that is constructed to connect all blockchains into the network. ATOM’s primary function is to facilitate  security protection for the Cosmos Hub, by the means of a staking mechanism.

ATOM’s tokenomics have been criticized for it’s inflationary characteristics, and the ATOM issuance varies between 20% at worst and 7% depending on the percentage of total amount of ATOM that is being staked. Total market supply of ATOM’s float is approximately 214 million which was recorded in March 2019, and is now  currently at 292.5 million ATOM tokens currently floating. That is a 36 percent increase to the float over a 2.5 year period which causes concern among investors and adopters.

A new monetary policy was introduced for ATOM, from which a 36-month-long transitional phase would first be introduced, starting off with 10 million ATOM would that would be issued per month, which initially would increase the inflation rate to over 40 percent from current levels. The issuance rate would gradually decrease each month, until reaching  300k ATOM per month, which would eventually bring ATOM’s inflation rate to 0.1 percent.

The reason for this new change to ATOM’s policy, is that Hub validators are currently being subsidized, while the adjustment to the policy allows them to earn income through the revenue which is produced by the Interchain Security.  The Interchain Security is a mechanism that allows the Cosmos Hub to  create blocks for alternate blockchains within the existing Cosmos ecosystem.

The Interchain Scheduler will operate as a MEV (Maximal Extractable Value) which means that profits can be made by reordering transactions within a block , while it is being manufactured. The interchain will be released across the broader network.

The Interchain Allocator will simplify the economic cooperation across the Cosmos platform by establishing multilateral agreements between IBC blockchains and the entities. The Allocator is designed to accelerate user and liquidity acquisitions for various  Cosmos projects while maintaining ATOM’s positioning as the reserve currency.

The Governance Stack was created to police the whole of the Cosmos network, in which the mission is to streamline Cosmos by allowing each blockchain access to the shared infrastructure and terminologies.

The Cosmos conference was paramount in expanding and developing the influence of the Cosmos network platform. The hope is the new features give the platform the attributes to push it to become more widely adopted. The key to the platform however, is to push the adoption of ATOM and it’s relevance with the cryptocurrency market.

ATOM-USD is currently trading at USD $13, which is vastly off it’s January high of $44 per coin.  The cryptocurrency really started to gain traction in the summer of 2020 when ATOM started it’s ascent to it’s recent high.

The surge in the coin’s price was based on various factors, loose monetary policy and a insatiable demand for alternate cryptocurrencies and the gravitation towards digital currencies from the traditional FIAT currencies, namely the EURO and USD which most investors believe that these currencies are far too politized, than functioning on their own GDP backed economic merit.

Hence the attraction of ATOM stock currency and platform took hold.  ATOM is still finding it’s balance coming off it’s technical high from a euphoric move, and is slowly consolidating to the downside as the currency tries to find it’s true valuation metric.

The recent Cosmos conference and the superior changes that are being adopted, will help expand the coin’s conversion and is solidifying the fundamentals of the currency, and therefore adding valuation.  However, we need to really look at the technical aspect to determine where the ATOM stock is headed.

In looking at a 5 year chart, the fair valuation for ATOM is currently around USD $10, and the trading range over the next 12 months is likely to between $4.70 and $22.25 which entirely depends on the general direction of the financial markets and economic conditions.

The cryptocurrency could continue to face pressures to the downside if interest rates keep rising which will hamper it’s valuation until interest rates stabilize, and then commence a bull run again once federal banks start cutting rates, to combat shrinking GDP.

Even though the next year could be choppy for the crypto markets in general, ATOM is poised to be a long term positive valuation play as the platform increases approval and adoption among the crypto community and newbies through the positive fundamental changes that were just introduced.